I can’t think of anything to write about today. Well i’ve thought of a lot of little things, that amounted to nothing. It could be the small cold I have, or all the drinking i’ve done in attempts to get rid of it. For today, i’m going to just give you a list of post titles i started, didn’t finish, and doubt i will ever get around to it.
Happy Hour Mixes Work and Pleasure and Keeps You Sane
Get Out of Your Text Plan Hole
Making Money on the Internet is Easy, Making a Lot of Money is Hard
ABC – Always Be Counting (The Benjamins)
If It is Worth Posting on Facebook, it is Worth the $7 to Promote it
Four Square is for People Who use Friendster
There is Always Another Day
Posted by Michael Edlavitch at 7:18 AM No comments:

To HD or to Not HD that is Not a Question

Almost every time you purchase or rent, a movie or television show online, you are given the choice of HD or for a dollar less, watch it in SD.
Always purchase the HD version, it’s better, you know it’s better, it’s a no brainer. Don’t make it a brainer, or you are already losing money, more than a $1. How much is your time worth? divide it, was i right? Probably not, but hey, i have a consulting fee of $500 per hour.

Anything below five dollars that you want, should never be questioned, just buy it. One-day shipping on Amazon Prime, definitely.
Imagine, you are at Best Buy and at the register, the cashier offers you an upgrade to HD for free.
Would you do it? Of course you would.
That same thought process should happen any time you find yourself in a HD/SD dilemma. You want it, take it. As the cost approaches
1/∞, it is the same as free.
This is why I eat at McDonald’s. For me, everyday is sample day. 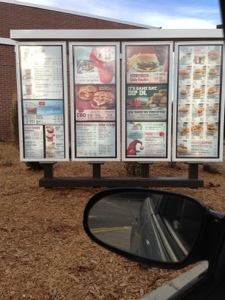 Posted by Michael Edlavitch at 7:16 AM No comments:

I Work for Google. Well Kind of, Sort of

I feel that I should write something before I get into the steps towards 1 percentism.
Google writes most website owners’ checks.
If you are under 18, find a parent to sign-up, but did i really need to write that?
There is a plethora of information on the web about Google Adsense, so i’m not going to go into detail, but i will answer questions in the comments below

My friend Andy say’s he likes it when people congratulate him for having ads on his site, people think, he must be doing really well. Anyone can put ads on their site! This is why we skipped step 2: getting traffic. Act like an Internet Millionaire before you actually are and you will be on your way to becoming one.
BTW, not having ads on your site is how you become an Internet Billionaire, but let’s stay realistic. 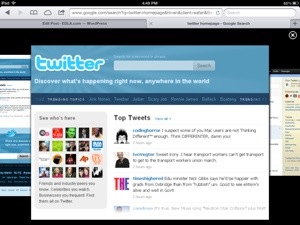 Posted by Michael Edlavitch at 7:14 AM No comments:

My first post on a series I call: facebook, why don’t you?
Reply All, has been a classic office problem for years. For example, your office secretary sends out a reminder about the holiday party this friday.
you reply back to her email, “How many drugs should I bring?” Unfortunately, you pressed Reply All. Sound familiar?
Solution: facebook messages.
Now i would like to cover mass texts. Recently, my friend told me a boring story about his new nephew. Apparently his brother-in-law sent out a mass text with a picture of the newborn, yuck. As if
my friend thought it couldn’t get any worse, he then proceeded to receive Reply All responses
. Of course, “How many drugs should I bring?” would have been an appropriate Reply All in this particular situation

Solution: facebook messages.
I have pre-written a Reply All that you can copy and past that applies to all situations:
It is important to put the putz at the end of the sentence, that way the sender reads your advice twice
.
I hope you learned something about reply all, facebook, and the many uses of

Posted by Michael Edlavitch at 7:11 AM No comments:

It wouldn’t be a self help book non-kindle version, if i didn’t actually give any advice on how to make money on the internet
.
One, picking a domain name may be the easiest and most important thing you ever do on the internet. Long or Short? Pun or No-pun? Personal, Unique, or Marketable? i can’t help you: look over the sites you visit, what would you call a store if you opened one
, or drink a martini. Personally i went with hoodamath.com . It included the topic of my site, math. And it contained double O’s, like Google, Yahoo, and Facebook. Click here, to purchase a domain name.
Two, If you clicked to purchase a domain name above, then you know i prefer GoDaddy. You can also sign-up for a hosting plan there that makes it pretty easy to connect the two. You may say, “
i don’t want to support the man.” I cannot emphasize this enough, EDLA.com is not for you!
Three, Don’t know how to create a web page? Go to htmlgoodies, it worked for me in ’96 and it is even better today. If you can make your textbold or italic and change the font size and style
, then you can learn html and make a web page yourself.
Now, back to my steak and eggs

Every Cup of Coffee

My day starts with a cup of coffee
. So why wouldn’t my blog start that way? This is more of a self-help book non-kindle version. And if you don’t know what i’m talking about, you will. Because my goal is to explain the internet in laymen terms.
It is odd that i would start this blog about a cup of coffee that has nothing to do with the internet. But the internet moves fast, really fast, so it is important to occasionally take a step back and enjoy a cup of French Press
. And when you are fabulous like me, you should make time everyday for French Press coffee, preferably made by your butler or maid (but we will get to that later).
It is important to understand that not every cup of coffee is equal. If you purchase 1 lb of coffee beans make sure it costs at least $10 per lb or more; otherwise, dump out half of the bag before you get to the register. If you are going to live internet rich, then you need to start from day one
.
Listen. You can’t be an Internet Millionaire without working, and when i say working, i mean all of the time. So i won’t be writing long posts
. But if you must know, I work from the second i get up till the second i go to bed.
If you are reading a blog, webpage, or something else you found by googling, “how to make money on the internet”, and the writer says s/he barely works and vacations all the time, s/he is full of it.

Posted by Michael Edlavitch at 7:05 AM No comments:

Sounds for your Games?

Lots of people ask and wonder, "Where do you get music for your games?" Well there is a lot of free and illegal ways out there. But I prefer the legal route of royalty free sounds and music, don't you?
Read more »
Posted by Michael Edlavitch at 8:42 PM No comments:

Why I dont care about Tweets.

After addimg addthis to my site for a fee weeks i paid attention to the data. As i learned before the majority of shares were facebook and twitter.
Read more »
Posted by Michael Edlavitch at 8:41 AM No comments:

Why I went back to using AddThis.com

A long time ago, when I was first starting up my websites. I used AddThis, it was easy code, and gave you links to all the major social networks. At one point, I decided I didn't like all my shares advertising for @AddThis. Plus I didn't have control over exactly what and how the content was shared. But maybe I was wrong. Due to the newest (or new to me) AddThis feature:

Read more »
Posted by Michael Edlavitch at 8:40 AM No comments: